“A man travels all over the world in search of what he needs, and returns home to find it.”

Treasure at home Just a story.

“Ur of the Chaldeans”

The story of Israel's great ancestor - Abraham - begins with "exodus" from Ur of the Chaldeans.

What kind of place was it?

Among them is Cush - the first, and Canaan - the last.

Cush had a son named Nimrod (Gen 10:8). He who was “a mighty hunter” and established two powerful kingdoms of Asyria and Babel (Babylon).

What kind of place was it?

The story of Nimrod is followed by the story of building a godless project - the city of Babel/Babylon with its tower aiming for heaven (Gen 11:1-9).

So, it is from such a place that Abraham and his family moved aiming for Canaan (Gen 11:31).

What did Abraham and his family do there?

They worshiped and served other gods (Joshua 24:2).

Why did they move?

In the midst of godless society and worshiping of other gods, the true God revealed himself to Abraham and told him to leave that place.

Where did they go?

Apparently the inhabitants of that land were not worthy to live there.

But where does this story ends?

The ending of the story

The last book in the Jewish cannon of the Bible is not the book of the prophet Malachi, but the 2 book of Chronicles.

And how does this book ends?

The nation is sent to the exile back into Babylon.

The story ends where it began!

Joseph as a young boy left for Shechem in Gen 37:14 and finally reached Shechem in peace after his death (Joshua 24:32).

But will they return?

What if some of them got used to living in a godless society?

Why did he decide to return home?

He came to his sense!

Come to your sense

Come to your senses or change the way you think.

Prediction of Passion and reaction

The way Jesus think and the way we think is entirely different.

Where we see a tragedy, Jesus sees the triumph;

where we see death only, Jesus sees victory of life.

What does it indicate?

we are blind although we think that we see.

The blind who sees

When the blind Bartimaeus was healed, the Gospel tells us that he immediately followed Jesus “on the way (Mk 10:52). What kind of way?

Jesus was about to enter Jerusalem to offer his life and to get his life back; to die for us and to rise from the dead.

The blind Bartimaeus becomes an example of a true disciple. After being able to see - coming to his senses - he goes with Jesus to Jerusalem - to die to himself/ to sin and live for God.

A woman to remember

On easter morning, “Mary Magdalene, Mary the mother of James, and Salome bought spices, so that they might go and anoint him” (Mk 16:1).

The point is that if they truly believed in Jesus’ words predicting his resurrection, they should not be there.

That unknown woman from Mk 14:3–9 believed and so she did something extraordinary: “she has anointed my body beforehand for burial” (Mk 14:8).

Somehow, she knew that there would not be any chance, no time to anoint Jesus after his burial, and so she did it “beforehand”.

Mary Magdalene and the other women could not find anymore the body of Jesus, they could not perform what that unknown woman did. And so, her story is remembered in the Gospel (read Mk 14:9).

The meaning of “believe”

What does it mean "to believe" in the Bible?

Those who trust in the LORD are like Mount Zion, which cannot be moved, but abides forever (Ps 125:1)

The one who believes in God of the Bible

There is the meaning of security in the word "trust"

As the mountains surround Jerusalem, so the LORD surrounds his people, from this time forth and forevermore (Ps 125:2). 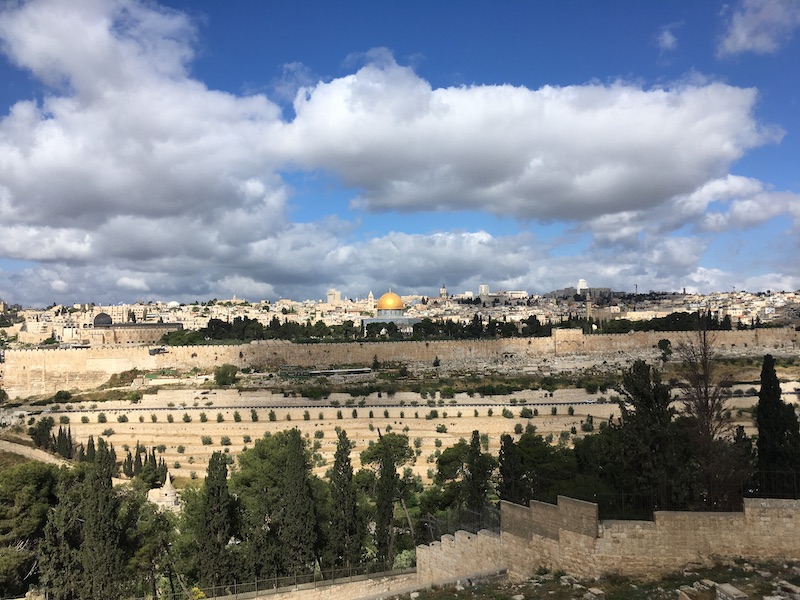 What does it mean “to believe in the Gospel”?

It means to trust (in) Jesus.

This short prayer recorded for us in the diary of Saint Faustina Kowalska is the summary of the entire Bible.

We trust Jesus - everything He revealed about God, himself, the meaning of life, and life's final desitation

Will you trust Jesus?

Will you let Jesus open your senses?

Will you follow Jesus to “Jerusalem” - wherever this place may be in your life?